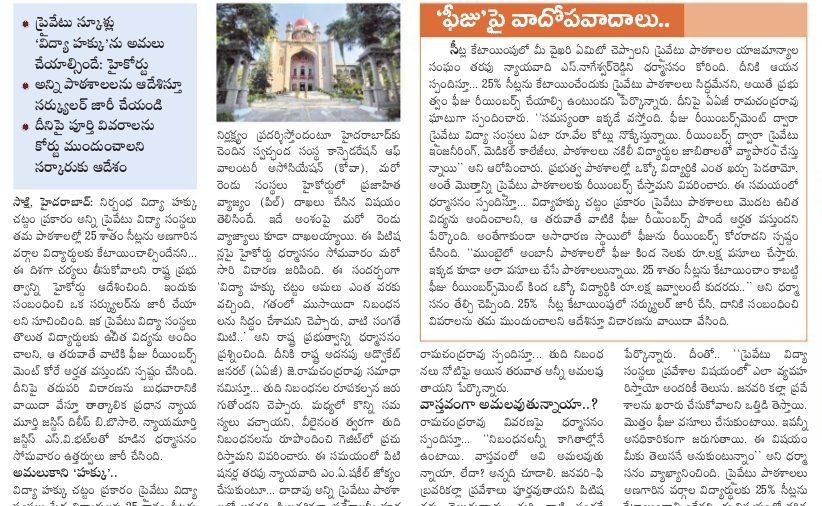 The PIL Bench of the High Court at Hyderabad comprising Acting Chief Justice D.B. Bhosale and Justice S.V. Bhatt on Monday directed the Telangana Government to issue a Circular directing the managements of all private Non- Minority schools in the State to provide free admissions to children belonging to weaker sections and disadvantaged groups under the Right to Education (RTE) Act of 2009 and report back to the Court on Wednesday 6th January 2016 with the Circular along with other details for implementation.

This ruling was in response to a PIL filed by Montfort Social Institute (MSI), Confederation of Voluntary Associations (COVA) and Dalit Bahujan Sharamik Union (DBSU). MSI, COVA and others had facilitated the formation of a Joint Action Committee for Implementation of Model RTE Rules in Telangana State comprising of over 25 Civil Society Organisations that have been struggling for the implementation of Free Admissions to poor and disadvantaged children in private schools for over 3 years. The State Government has to reimburse the fee to the private schools for all the children admitted.

If implemented properly, nearly 2 lakh children from poor and disadvantaged sections of society will be able to  get free admission in private schools every year from June 2016 eventually leading to over 20 lakhs (2 million) poor students studying free of charge in private schools across the State of Telangana at any given time from 2022 onwards.

Previous: IS AMARAVATI A CITY FOR ALL? ASK VIJAYAWADA CHILDREN’S PARLIAMENT
Next: International Alliance of Inhabitants Strategy meeting at Le Berferie, Paris, 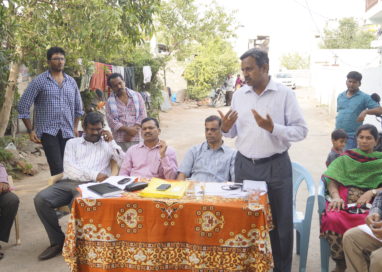