By Montfort Social Institute / 6 years ago / Uncategorized / No Comments

Pack nothing. We bring only our determination to serve and our willingness to be free. We will not hesitate to leave our old ways behind: we fear, silence and submission.
Only surrender is to the need of the time: to do justice and walk humbly with God.

Though we set out in the dark. We are confident that God will be present with us in fire and in the cloud to encourage us.
– Alla Renee Bozarth 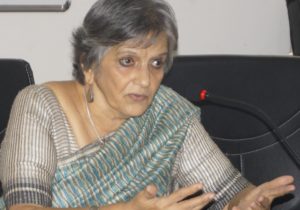 Previous: Consultation on Domestic Worker’s Bill at Hyderabad
Next: Reversing the Rain Effects