It has been two decades since, slum residents of Bheemrao wada were evicted to give way for the new Congress Party Office.  The families were forcibly evicted with police support at early hours. Due to pressure from the slum residents and Civil Society, the proposed construction did not take place. On 23 July, 2019,  BheemraoWada welfare Association, MSI and CHATRI along with other Civil Society Organizations, held a press meet demanding Government of Telangana to construct and allot 2BHK housing for the victims at Basheerbagh press club. 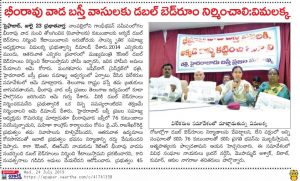 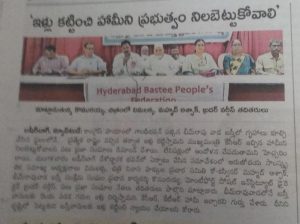 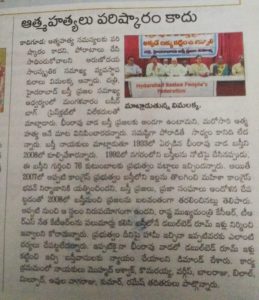