Bro. Varghese attended the Bronx Housing Court, New York, on 10 July, 2019, in solidarity with Julia and Miguel, two tenants who were evicted from their houses for non-payment of rents. The Landlord who owns 108 apartments in the Queens area had increased the rent by 60 per cent making it impossible for the tenants to pay, given their meagre income. Bro. Varghese was told that around 2000 such or similar cases are tried the Bronx Court every day. Voluntary Organisations such as the International Alliance of Inhabitants of which Bro. Varghese is the Asian representative, Right to Counsel, Catholic Migration Service and others have been doing a yeoman service to prevent evictions and bring in just laws that do not let the avarice of the landlords take over the need and right to housing for all. There are 18,000 recorded cases of evictions in New York city area. 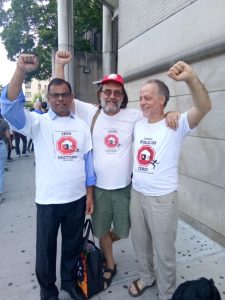 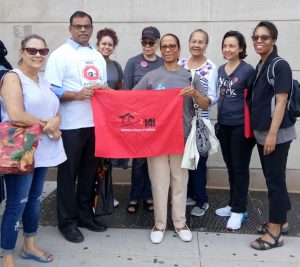 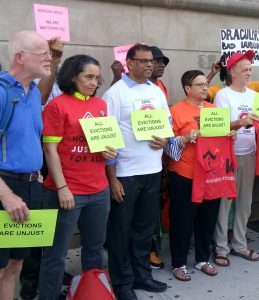